Give a group of fourth graders a chance to make a wish and they’ll probably come up with all sorts of things.

From “I wish nature existed forever” to “I wish for a million dollars”.

And everything in between: “I wish money grew on trees.”

A group of University of Wisconsin Oshkosh students this week spent an afternoon learning just that—and much, much more—as part of the Nature Connection program and their Quest III class, led by Shannon Davis-Foust, principal Lecturer in Environmental Studies and Biology.

The program brings students from both majors together with students from the nearby Read Elementary School several times during the semester. UW Oshkosh students and third and fourth graders transform natural outdoor spaces around campus into classrooms to learn about the local environment and the principles of science. The UWO students help the children learn about local plants and animals, habitats, life cycles, the web of life, the water cycle and more.

Part of Monday’s get-together between fourth-graders and their “college friends,” as they’re known, involved the creation of a campus wishing tree.

The concept of a wishing tree is present in many cultures, Davis-Foust said, and it’s also an idea in a popular children’s book. She read the 2017 bestseller by Katherine Applegate wishing tree with their own daughter and also many of the third and fourth graders know it.

A fourth grader at Read Elementary School ties a wish to the wishing tree.

The activity is simple: have each student take a small strip of fabric, write a wish on it with a marker, and then tie it to a branch. In the end, the tree – in this case a white oak tree north of the Theater Arts Center – is decorated with brightly colored strips of fabric and the wishes of dozens of children.

Because of the theme of the day, the students were asked to reflect on what they were learning and wish for something similar. (But of course some still went for the million dollars.)

Jenna Johnson, a junior English teacher from Two Rivers, said her favorite part of the day is working on the wishing tree with the kids.

“Each kid got to write what they wanted, which was really cool because at first it was like, ‘I want a new Xbox’ or ‘I want a new gaming station,'” she said, “and it’s like OK, but think about it to the earth. And then they get to ‘I wish people would stop cutting down trees’, ‘I wish all animals had enough food to feed them.’ So it’s really nice to get them to think outside the box a little bit.” 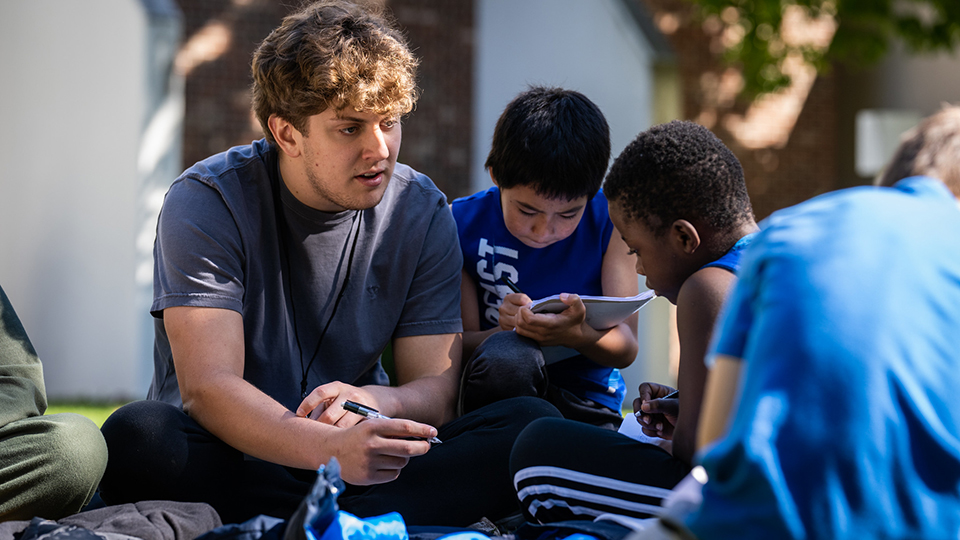 Elementary school students and their “college friends” learned about local trees, habitats and more on the Oshkosh campus Monday.

Students have a list of activities to complete throughout the day. Including a scavenger hunt where they look for different things that can be found in nature. They also learn about five trees, including identifying the tree species, estimating its height and age, and knowing what insects or animals might live in or around it.

“And if they’re good, they can make a wish,” Davis-Foust said, laughing. “So I tell them if they’re naughty, their college friends won’t let them wish for anything. It keeps them engaged a bit.”

The Biology Quest III course, titled Ecosphere in Crisis, focuses on sustainability and the Nature Connection program was developed as part of the university degree program.

“We’re taking what we’ve already learned in class – because our theme is sustainability – so we’re taking that and breaking it down for the kids at a basic level so they can understand it better and appreciate our planet and nature and why it’s there is important,” Johnson said. “A lot of these kids have made comments like we can never go outside… It provides a safe, structured space for the kids to explore outside.” 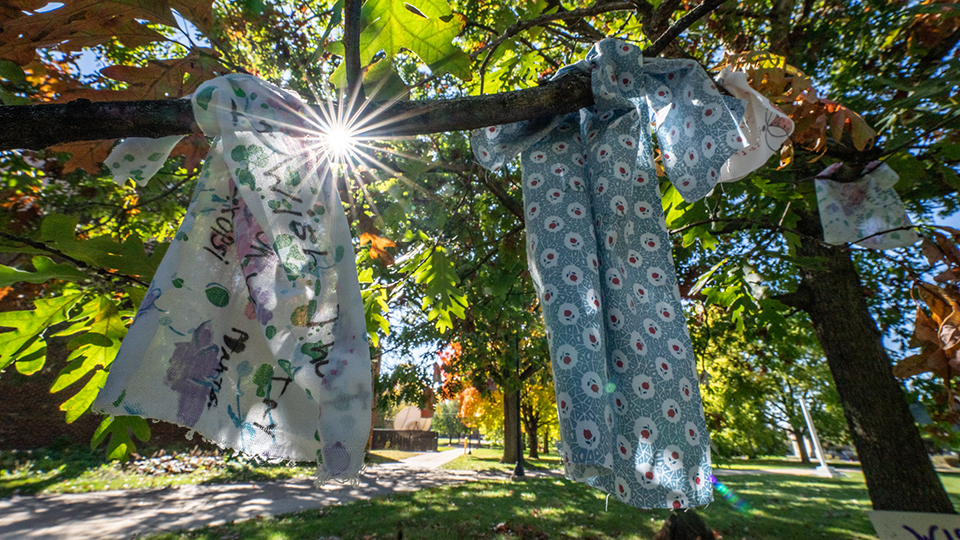 Dozens of wishes hang on a white oak tree next to the art and communication building.

Students entering college at UWO take Quest I and Quest II in their freshman year. In Quest III courses, students expand their classroom into a community environment by working with a local nonprofit, community group, or, in this case, a campus partner. The experience allows students to apply what they have learned in the classroom to a hands-on experience in the real world and return to the classroom with higher proficiency.

Keegan Schuelke, an Appleton sophomore business major, said one of the challenges of the day is taking what he and his fellow UWO students have learned this semester and then simplifying it so that the younger students can use it get a grip.

The little ones enjoyed the scavenger hunt and the wishing tree the most, he said. “I thought the best part was seeing the kids get so excited about something they hoped would come true, especially about trees, helping trees.”