Studies have shown that air pollution is a major risk factor for respiratory infections — the leading cause of death in children under the age of five — but the specific effects of bad air on developing bodies have remained a mystery. 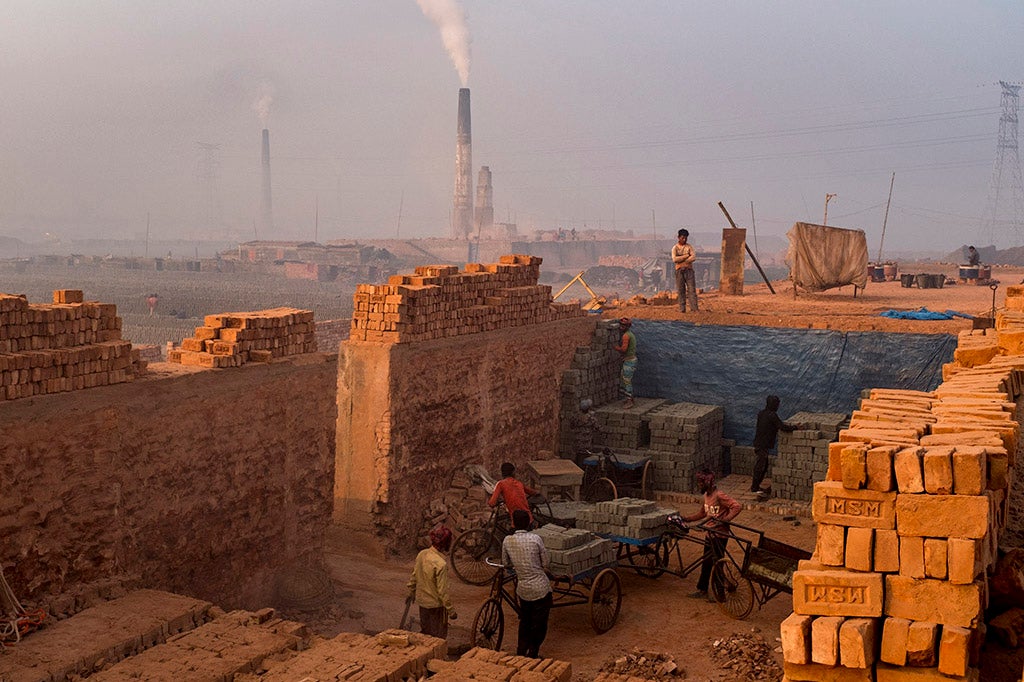 A child watches as workers remove fired bricks from a kiln in Bangladesh as smoke billows from other kilns in the background. (Image credit: @Navaism)

A Stanford-led study shows a link between tiny airborne particles and the health of children in South Asia, a region plagued by air pollution and more than 40 percent of the world’s pneumonia cases. The analysis published in environmental pollutionestimates that the impact of elevated particulate matter on hospital admissions for children with pneumonia is about twice as high as previously thought, and suggests that one particular industry may be playing an outsized role in the problem.

“Everyone wants to protect children’s health,” said the study’s lead author Allison Sherris, a postdoctoral fellow in Earth System Science at the Stanford School of Earth, Energy & Environmental Sciences. “Now we have evidence of clear health benefits for children from reducing ambient PM2.5 emissions in Dhaka.”

For many of the 21 million residents of Dhaka, Bangladesh – the focus area of ​​the study – air pollution is an all too normal part of life, especially in winter when coal stoves burn across the city. Of particular concern is PM2.5, airborne particles 2.5 microns wide or smaller. The larger of these particles are about one-thirtieth the width of a human hair and small enough to breathe deeply into the lungs.

Once these particles get into the lungs, they can cause inflammation and affect the body’s ability to fight infection. However, particles from different sources can vary in shape, size and chemical composition, and it is not clear which specific components of PM2.5 could be most harmful.

Few studies have examined the health effects of PM2.5 in infants and young children, particularly in low-income countries, where children are more than 60 times more likely to die from air pollution than children in high-income countries, according to the World Bank. Among the studies, most focused on the indoor environment, where the use of biomass-burning cookstoves has been associated with respiratory infections in children.

“Reporting the impact of industrial air pollution on children’s health provides compelling evidence to support action to reduce pollution,” said the study’s lead author Stephen Luby, a professor of infectious diseases at Stanford University. “That is often more important to politicians than the marginal contribution of emissions to global climate change.”

Sherris, Luby and their colleagues analyzed long-term PM2.5 surveillance data together with the collaborative respiratory health surveillance of the Atomic Energy Center, Dhaka, and the International Center for Diarrheal Disease Research, Bangladesh. They found that the incidence of pneumonia in children under the age of 5 increased by 3.2 percent for every 10 micrograms per cubic meter increase in PM2.5 – a standard measure in air pollution analysis.

The mean PM2.5 level in Dhaka was, on average, more than three times higher than the World Health Organization standard. The link between air pollution and pneumonia in children suggests that air pollution is a leading cause of child deaths in Bangladesh and across South Asia.

That difference equates to more than 200,000 extra cases of pneumonia in children in Bangladesh and nearly two million extra cases across South Asia each year. The increase is also about double previous estimates of hospitalizations for pneumonia associated with elevated PM2.5 levels and about 10 times greater than such estimates for outpatient visits.

The difference from previous results may reflect the young age of the study population – most children in the study were two or younger – the source composition of particulate matter in Dhaka and the fact that the study included not just but almost all cases of infection in the community, focusing on it Cases that made it to clinics and hospitals.

Previous studies by researchers at the Atomic Energy Centre, Dhaka, found that biomass combustion was the biggest contributor to outdoor PM2.5 levels, followed by brick kiln emissions and ground dust. On days when brick kilns contributed a greater than usual amount of PM2.5 to the mix of bad air, the link between PM2.5 and pneumonia in children was stronger.

The results are among the first evidence communities and policymakers can point to that suggests a measurable impact of brick kilns on children’s health. Considering that 9 in 10 people live in areas where air pollution exceeds World Health Organization guidelines, further research into whether particles from brick kilns and other sources have different health effects could inform health and environmental responses around the world. Luby leads a collaboration between public health experts, industry stakeholders, technology advisors and government agencies to improve the industry. He received grants for related work focused on brick kilns and other industries funded by the Sustainability Initiative, which spawned Stanford’s new school focused on climate and sustainability.

“We’re still only looking at a small portion of the potential health effects that could be associated with this type of air pollution, and we’re still missing perfect measurements of exposure,” Sherris said. “The true health burden is probably much greater.