Edna “Peewee” Dorian White, 68 of Benton, passed away unexpectedly at her home on Saturday October 8, 2022. She was born in Benton on May 22, 1954 to the late Thomas E. and Fannie L. Redden-Dorian.

Edna graduated from Benton High School in 1972 and attended the nursing program at the Benton Service Center, now known as the Arkansas Health Center in Benton. She later continued her education and attended the Baptist Hospital Nursing program to become a Registered Nurse. She has been a nurse for over 20 years.

Edna was a member of the First Presbyterian Church in Benton, Arkansas.

She was preceded in death by her parents, husband Marcus Lee White, and nephew Marcus Allen Griffin.

The viewing will take place at the Ashby Funeral Home on Thursday 13 October from 6pm to 8pm.

Funeral services will be held on Friday, October 14, 2022 at 10:00 a.m. at Old Rosemont Cemetery on Military Road in Benton with Bro. Bobby Shell officiate.

The family will be at 312 Rosewood Drive in Benton, Arkansas. 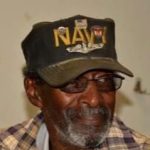 From this union 2 children were born, Jimmy and Charlene Dawn.

Jimmy enlisted in the US Navy during the Vietnam War where he proudly served aboard the USS Guardfish. While stationed in Philadelphia, Pennsylvania, he met and later married Celestine McRae, who led him to his death on July 16, 2014, and they had 5 children: Jimmy (Charlotte), Kenneth (Mimi), Angela (Lamont), Daman (Monica) and Trecia.

Jimmy graduated from Philander Smith College with a degree in psychology. He worked in the mental health field for many years until retiring from Goodwill Industries of Arkansas in 2010. He was a proud member of Mt. Zion Baptist Church and later served as a deacon until his death.

Jimmy later married Linda (Haire) Ingram, who passed away on May 27, 2012. He loved photography, travelling, spending time with his family, cooking, discussing current events, working on cars and getting his hands dirty tinkering on his lawn and, just like those before him , he loved to fish or sometimes as he called it… “Drowning by Worms”

To preserve his legacy and memory, he leaves behind his children: Jimmy (Charlotte), Kenneth (Mimi), Angela (Lamont), Daman (Monica), Trecia and Leonna, 23 grandchildren; 23 great-grandchildren. A multitude of nieces, nephews, cousins, relatives and friends. Everyone he loved unconditionally.

There will be a visitation at the Elect Temple Church of God in Christ in Benton on Friday, October 14 from 11:00 a.m. to 12:00 p.m., followed by a funeral service at 12:00 p.m. The burial will take place in the forest cemetery. 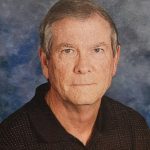 Joe retired from Reynolds after over 25 years of service. He was a member of the Spring Creek Missionary Baptist Church. Joe had a zeal for life and became a new person after rededicating his life to Christ in 2006. Joe was a wonderful father and provider to his family and others. From 2006 to 2019 he was a dedicated volunteer with CJCOHN (Churches Joint Council On Human Needs). Joe’s passion for serving God and others was evident in his service and generosity to others.

Memorials may be addressed to the Youth Department at Spring Creek Missionary Baptist Church, 19200 I-30, Benton, Arkansas 72019. 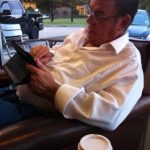 Randell “Randy” Tipton Brasher67, of Benton, Arkansas, woke up in the arms of his Savior and Lord on October 9, 2022. He was born on July 8, 1955 in Yoder, Kansas to LT Brasher and Sandra Cook Brasher.

Randy loved his master with all his heart. Once he found his way to the Lord, there was no faltering in his devotion to his Redeemer. He was a member of the New Hope Church in Manvel, Texas. He attended a livestreamed Bible study with a group from New Hope Church every Wednesday night and looked forward to the time together. One of Randy’s favorite things of all time was stopping by Starbucks in Bryant, located in Target, where he would visit the Starbucks ladies and a special friendship was formed. Randy loved his cup of coffee. Bible and coffee in hand, he drove to Bishop Park to spend time in prayer and Bible study. Even on his toughest days with health issues, Randy found the strength to get out of the house because he knew there was always going to be a better day. Randy developed a love of music from an early age that later gave him an enduring period of worship and peace by discovering gospel groups and several radio preachers.

Before Randy’s disabling health issues, he loved being outdoors, fishing, hunting or taking a scenic ride on his motorcycle with his friends. It often happened that Randy was diligently working on a jigsaw puzzle on his iPad, in his favorite chair reserved just for him. Randy loved his food too! I prefer to cook at “Mama’s”. He would regularly ask her, “What’s for dinner?” weighing his options and hoping to win over Mom for one of his favorites. He knew his mother’s heart – she loves to cook for others.

Randy leaves many family members to cherish memories of him: his parents, LT and Sandra Brasher of Benton, Arkansas; sister Donna Peairson and husband Steve of Bryant, Arkansas; Brother David Brasher and Mrs. Krikett of Rosharon, Texas; nieces and nephews: Stephen Peairson, Jr., Jeremy Brasher, Joshua Brasher, and Jessica Peairson; many great nieces and nephews; several cousins; New Hope Bible Group in Manvel, Texas; and a bunch of friends who love Randy and will miss him.

Special thanks to the doctors and staff at UAMS, with whom he became so close, as well as to the ICU and ground staff at Saline Memorial Hospital for the loving and dedicated care they provided. You took such great care of Randy and we are grateful.

The memorial service celebrating the life of Randy will be held on Saturday, October 22 at 11:00 am at the Smith-Benton Funeral Home, 322 N. Market Street, Benton, Arkansas.

Betsy worked as a dermatology nurse for over thirteen years at Dr. Michael Carney. She was the best mom ever. Betsy lived for her children and grandchildren who meant the world to her. She was a great cook and always made sure everyone had something good to eat. Betsy was brave and always spoke her mind without holding back. There was never a problem she couldn’t solve. Her door was always open to her children and her friends, no matter what time of day or time.

Betsy leaves in her memory a loving husband, Bill Conyers, whom she has loved for thirty-nine years; son, Cody (Britney) Conyers; daughter Lacey (Bob) Hunt; grandchildren: Carson, Cooper, Colton and Palmer; and many more family and friends who love Betsy and will always miss her. 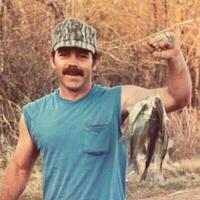 Mike E Depriest, 66, of Tull, Arkansas, died Monday, October 10, 2022. He was born on Friday, March 9, 1956 in Little Rock, Arkansas to the late Elbert E. Depriest and Dana Pearl (Clark) Ellison born. He enjoyed fishing and spent a lot of time outdoors. He was an excellent mason.

His parents precede him in death; sister, Becky Depriest; and brother, Craig Depriest.

He is survived by his affectionate children, Slate Depriest, Rachel Isclaw (Jason), and Clay Depriest; three grandchildren, Denver, Angelicia and Landon; Life partner Phyliss Garcia – and her family; brother, Doug Depriest; along with other family members and friends who all love him and will miss him dearly.

Mike’s Life Celebration will be held at the Dial and Dudley Funeral Home on Friday 14th October 2022 at 11am. A private funeral will be held at Bolin Cemetery the following Monday.

Donations can be made to the funeral home in lieu of flowers.