Created by Guy Edmonds & Matt Zeremes, the 10 x 24 minute series is a “funny, spooky, adventurous” look at the universal experience of childhood fears.

The series is produced by Paul Watters with executive producers Tony Ayres and Andrea Denholm for TAP, part of Universal International Studios.

Production is scheduled to begin in early November 2022 and will be filmed in Victoria. It will air on ABC ME in 2023 and in the UK on CBBC and BBC iPlayer.

Libbie Doherty, ABC Head of Children’s said: “We are extremely proud to revisit our creative alliance with the BBC to work with industry-leading creatives from Tony Ayres Productions.

“This brilliant Aussie creative team has another hilarious hit on their hands that showcases their understanding of tween audiences, their humor, their hang-ups and their ability to pull the funny out of every moment on screen.”

Patricia Hidalgo, BBC Director of Children’s and Education, added: “This is a great opportunity for us to forge a new working relationship with ABC that will result in brilliant new content for our audiences and we look forward to bringing The Spooky Files next.” year to bring to CBBC.” 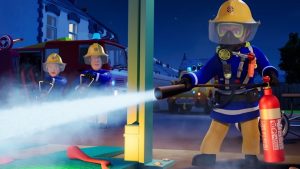 Wildbrain has greenlit new seasons of both Firefighter sam and Polly Pocket.

Two new CG-animated seasons of Firefighter sam are on the way – Season 14 is scheduled to ship in December 2022 and Season 15 in June 2023, with each season containing 26 x 11-minute episodes.

Another brand from Mattel Polly Pocket is also returning, with Season 5 set to ship from March 2023.

The new green lights and distribution agreements are part of a multi-year joint development, production, distribution and licensing agreement between Mattel and WildBrain. The new seasons of Firefighter sam and Polly Pocket are produced at WildBrain’s Vancouver animation studio. 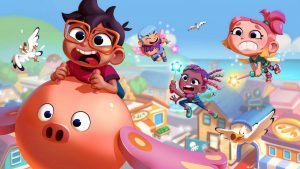 Every day the fairies fly to the seaside town of Wishington, where the children eagerly await their wish. Whether it’s a young dog walker who lost all ten dogs in his care or a girl whose birthday invitations were sent out on the wrong day, the solution is just a spell away.

The show is based on an original concept by creator and director Gili Dolev (Zack and quack, Nella the knight princess) and Co-Creator & Head of Kids and Family, Ananey Studios, Shirley Oran (craft party, Hahamama).