Diwali 2022: Come into the festive season, colors of happiness and strong fervor are in the air. A festival where India is illuminated with love, laughter and lights. Diwali is a celebration where family and friends plan to celebrate new beginnings together. With the Festival of Lights only a few days away, there is still time to take a short break and have a good Diwali weekend away from the hustle and bustle. Here are some long weekend experiences to indulge in for a unique Diwali.Also read – Katrina Kaif celebrates huge success in elegant red bodycon dress worth Rs 1 lakh – see PICS inside

A place that needs no introduction, Goa is like a year-round travel destination in India. But if you go during Diwali, you will see another side of this small state. Locals celebrate Lord Krishna’s victory over the demon Narakasura here during Diwali. In Goa, larger than life images of Narakasura are created by artists and devotees parade through the streets. The effigy is then filled with fireworks and burned to celebrate the victory of good over evil and light over darkness. Goa in Diwali becomes a fusion of culture, beaches and chilling. A great weekend of celebrations to take part in. Also Read – Bigg Boss 6 Fame Rajev Paul Shuts Down Wedding Rumors in New Post, Saying ‘Khush Rehne Do Na Yaar’

Varanasi, one of India’s holiest pilgrimage sites, celebrates Diwali on a grand scale. Start with a hop in the sacred Ganges, then experience the Diwali celebrations in Varanasi on a larger scale. Loud and bright firecrackers are set off in every street throughout the night, which you can see superbly from the banks of the Ganges. There is also a special “Ganga Aarti” where the ghats are illuminated and diyas are floated down the river. Two weeks later, on a full moon night, Dev Deepavali is celebrated along with Ganga Mahotsav cultural festival. 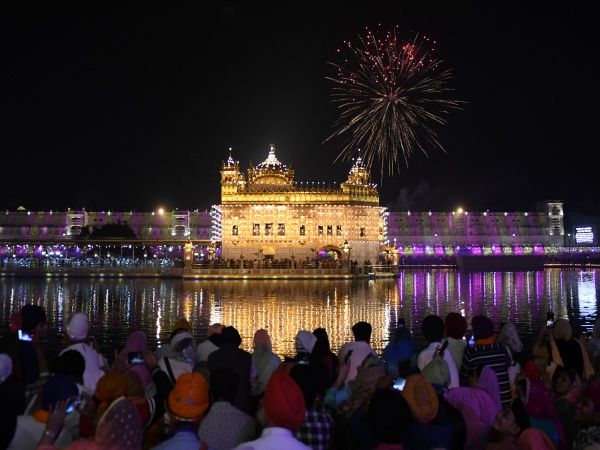 You may be surprised to know that Amritsar was founded on Diwali in 1577. In Amritsar, the Diwali celebrations generally coincide with the Sikh celebrations of the Bandi Chhor Divas. This day marks the liberation of the sixth Sikh Guru, Guru Hargobind, from a Mughal prison and to celebrate the occasion special prayers are said across the city. During Diwali, the Golden Temple is covered with sparkling Diwali lights and one can also watch the mesmerizing fireworks display across the temple sky. Diwali is a beautiful time to visit the Golden Temple as the temple looks stunning when lit by countless oil lamps and candles.

It’s no secret that Shimla isn’t the hill station it used to be. A short drive from Shimla, Shoghi offers all the benefits of a holiday without the crowds. Shoghi’s verdant surroundings, pleasant weather, ancient temples and adrenaline-pumping activities make it an ideal weekend getaway from the capital. When outdoors, make sure to opt for one of the city’s many nature trails and hiking areas. Near Shoghi, Tara Parvat offers a glimpse of its detailed history with the Tara Devi Temple believed to be 250 years old.

wanna fly like a bird Or would you rather camp with the hills on all sides and keep you company? Fancy a hike, bike ride in the hills or even a stroll along the river. Bir Billing, the adventure capital of India, offers everything the outdoor heart desires. From paragliding to camping and hang gliding to trekking to the various waterfalls, Bir (the village) and Billing (the launch site for paragliding) will rekindle the spirit of adventure in you.

Mandvi, Gujarat’s hidden gem, is a tranquil spot for an idyllic Diwali holiday. A beach destination, this place will enchant you with its distinctive features, water sports and palatial Mandvi Palace. A quiet Diwali for 2022?

Diwali in the cleanest village in India

India’s cleanest village, Mawlynnong Village is also known as God’s Own Garden, and with good reason. You always need reasons to visit places and while these reasons are not enough, they always serve as an excuse to take your loved ones on a long-awaited grand tour! From cleanliness, tribal eatery, living root bridges, attractions in Mawlynnong, local food