The Adventures of Book 15/The Five Crystals – a fantasy/action/adventure novel written by four Hingham students – is hot off the press.

Out of a shared love of reading and writing, Owen Christensen, Sophia Kruzer, Casey Moriarty and Jonathan Weiss – who now attend Hingham Middle School – wrote this imaginative 228-page first book in a series in more than 100 hours of recess and weekend get-togethers during the Fifth grader at Plymouth River School final year.

The story – which was inspired by characters from other fantasy series such as Percy Jackson and Harry Potter – revolves around middle school students Jacob, Charlotte, Ivy and Greyson, who are stuck in another dimension and must find the fabled five magical crystals around a portal create to return home.

After setting out in search of the five crystals, they find it to be a much more difficult task than they imagined. Although the odds are not good, they retain a sense of hope to overcome this challenge.

This is a book about a magical world with magical characters that young – and even older – readers will enjoy from start to finish.

This creative, enthusiastic group of young writers shared their thoughts on the book and the writing process with the Hingham Anchor.

Jonathan and Casey first thought about writing a book – which they called “a random idea at first” – and when Jonathan came up with the idea of ​​incorporating “crystals” into the story “within five minutes”, it stuck. Owen and Sophia became part of the writing team shortly thereafter.

While Casey, Owen and Sophia enjoy reading, Jonathan says he enjoys writing more than he reads – “although our book is the exception!”

As if writing a book together wasn’t enough accomplishment, they are already planning to write future novels in a row.

“We started the second book in the middle of writing the first,” Jonathan said, and the third book is in the planning stages. “This was originally a book for teenagers, and we weren’t even teenagers yet, so it became a book for kids!” 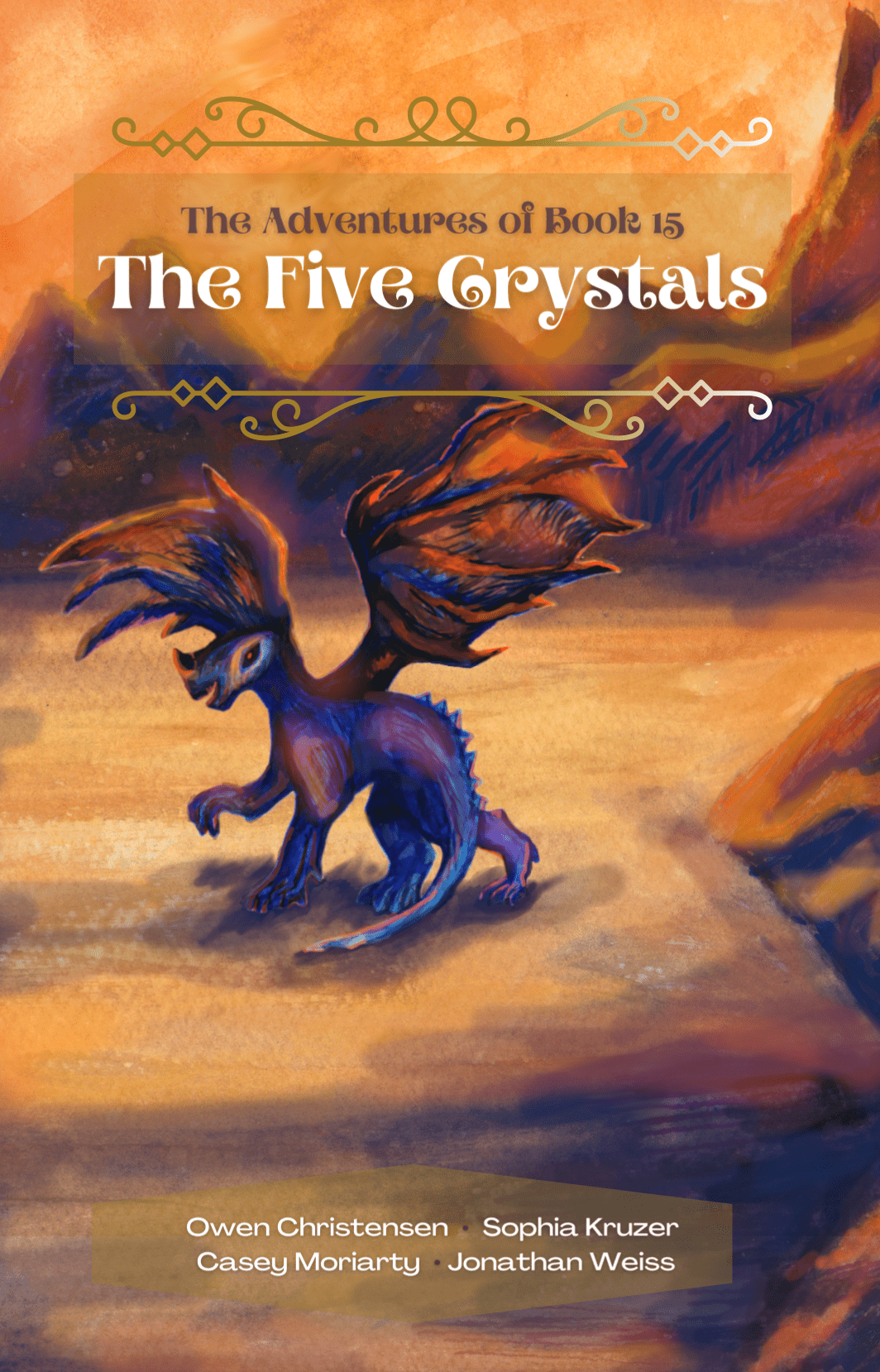 While some of her fellow students and friends thought the book would take less time to create and complete, Jonathan noted that after researching the subject, writing a book takes an average of six months or more, so the time she took to write theirs, longer was “normal.”

They all agree that working on the book took patience, and echoed Owen in saying that the time that went into writing the novel was “definitely worth the effort,” including missed ones breaks.

The novel evolved from drafts in a handwritten manuscript to a collaborative Google doc, “which they worked tirelessly on until everyone was happy,” Owen’s father, Chris Christensen, told the Hingham Anchor. “These aspiring writers were 100 percent self-directed and showed remarkable determination as they worked together over time to achieve their goal.”

After graduating from fifth grade, Owen, Casey, Jonathan and Sophia spent last summer creating and self-publishing a cover via Amazon KDP – with plans to introduce “The Five Crystals” at the children’s craft market on October 23 during the Hingham art walk. The cover artwork is by Tzipi Schindler, Jonathan’s aunt. There will also be a copy of the book in the PRS library.

“It was definitely a team effort,” all agreed, with all four contributing to the writing and editing.

Casey has already “planned the entire series.” With the first book, she “had a lot of fun doing this [fantasy] brings the world to life and describes the characters and plot.”

Sophia’s favorite part of the book is the unique characters and setting, “especially the dragon on the cover,” while Owen enjoyed writing and “seeing the finished product.” Sophia “also loved hearing each other’s ideas.”

While writing the book together had its challenges, Casey said, “In the end, it was worth seeing what my friends and I created and how the story grew and evolved from our ideas into a book.”

The “Adventure of Book 15” in the title refers to the book the children were drawn into in the story while they were in the library. The book they found was in a room with 14 other books – all with a single number on the cover. When they opened the book with “15” printed on it, they realized it was a portal to a mysterious world – and so the words “The Adventures of Book 15” became part of the title.

Other characters in the book include Turty the Turtle, a dragon named “Steve” and co-villains Destiny and Taga Amu.

A friend suggested the name “Destiny” as one of the characters, and Sophia thought of “Taga Amu” when trying to come up with a “good name” and started mixing letters!

The 25 chapters have captivating titles such as The Magic of the Earth Crystal, The Guardian of the Water Jewel, Taga Amu’s Revenge, and This Is Magic.

The young authors expressed appreciation to their parents for “hosting and driving us to our book club meetings and always encouraging us.”

In addition to premiering at the Children’s Craft Market, “The Five Crystals” is also available on Amazon.